Do you remember what your hairstyle was in high school? What was the “it” look back then?

These are the hairdos that did their part in defining a generation. These are in no particular order but definitely, have cemented their mark in hair history. 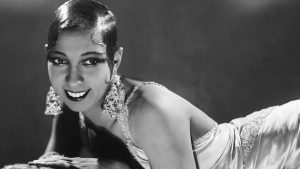 It was named after the famous English school whose boys wore their hair slightly longer than was usual for the day. It was, in fact, sometimes termed the “boyish bob.” This super-short cut was revolutionary in the 1920s. Jazz Age chanteuse Josephine Baker wore hers slicked down with gel. 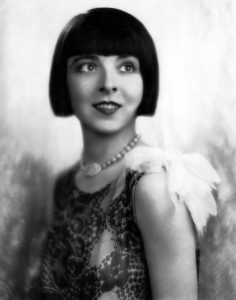 This short, stylish haircut first popularized in the 1920s  has many famous fans. That’s because the swingy layers flatter all face shapes. If you’re hesitant to chop off your hard-earned inches all at once, we’ve got lobs (a.k.a. long bobs) for you to ease into it! Celebrities like Taylor Swift, Anne Hathaway, and Jennifer Lawrence, just to name a few, have been seen sporting this ‘do. 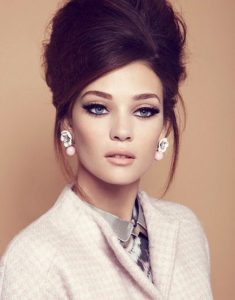 The beehive is a woman’s hairstyle in which long hair is piled up in a conical shape on the top of the head and slightly backward pointing, giving some resemblance to the shape of nature’s beehive. It is also known as the B-52 due to a resemblance to the distinctive nose of the Boeing B-52 airplane.

Think about Audrey Hepburn’s glossy beehive at “Breakfast at Tiffany’s” down to Amy Winehouse’s signature exaggerated beehive. The style can go either exquisite or with a dash of danger. Either way, the beehive is a modern classic. 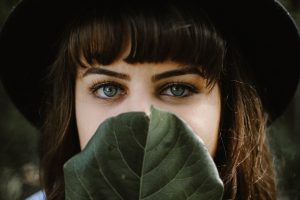 Bettie Page, an American modeling legend, became popular in the 1950’s for her pin-up pictures. Her biggest trademark was her beautiful hair which spanned just past her collar bones and was complimented by her short jet black bangs. Her bangs became so iconic that they inspired a style of their own and are commonly referred to as the “Bettie Bangs.” This style was wildly popular back then and because it’s so fun and flirty, it’s making a strong come back. 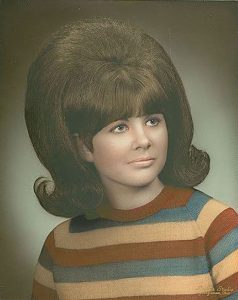 The bouffant was a mainstream hairstyle in the mid-to-late 18th century in Western Europe. It was thought to be created for Marie Antoinette, as she had relatively thin hair and wanted to create the illusion of having a very full hair. It was also popularized in the 1960s by singer Dusty Springfield and Elvis Presley’s wife Priscilla. Known for its towering over the top greatness, the Bouffant is a hairstyle one that could work just for anyone. 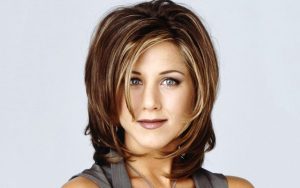 The epiphany of iconic, it was smooth, full-bodied and almost as much of a ’90s sensation as “Friends” itself, but Jennifer Aniston never cared for the haircut that became her signature look on that hit sitcom. Despite the fact that Aniston only wore that particular hairstyle during the Friends’ first and second season, the opening sequence and the Windows 95 Video Guide, and switching at the beginning of the third season to a more traditional long-haired look, it has become indelibly associated with the character. In the second season episode, “The One With The Lesbian Wedding,” Rachel Green bemoans the fact that her mother is trying to pattern her own life after hers, lamenting, “Couldn’t she just copy my haircut?”